You are here: Home / Uncategorized / Texting and Body Snatchers 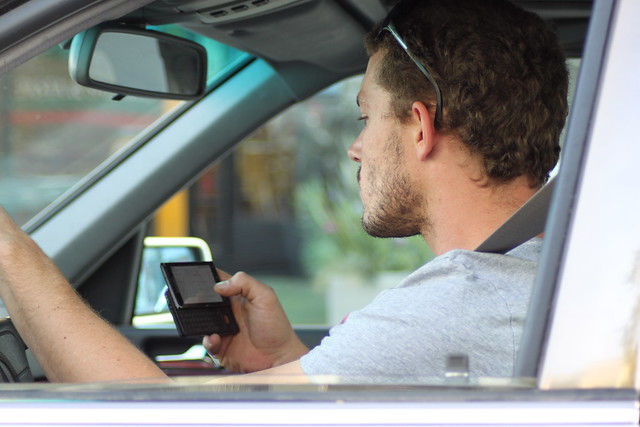 Photo by Lord Jim, on Flickr
When I see people texting, I am reminded of the movie “Invasion of the Body Snatchers.” More specifically, I’m talking about people who are texting (I swear I see this all the time) while they drive, bike, walk or skateboard. They seem to be just as transformed, removed, controlled by something else, and creepily growing in number as the body-snatched humans in the 1956 movie. A friend told me the other day that she had never before heard anyone comparing the creep factor of compulsive texting to an invasion of body snatching extraterrestrials, but that it made total sense to her. Ironically, if you Google “body snatchers texting”, the first hit links to a post inviting teens aged 13 to 18 to a recent showing of the movie at the public library in Palm Harbor, Florida. The article encourages them to bring their cell phones so they can watch the movie and all the while post comments via texting… Maybe the body snatchers have arrived after all.

P.S.: thinking of the fatalities caused by texting and driving, the “body snatching” notion has yet another, sad layer of meaning.